Alan Mullery:
… I was inspired by the belief we were fireproof. We were going all the way. England were going to win the World Cup again.

Patrick Burke:
If you asked me what the best feeling is in football – apart from the obvious such as your team winning the Cup – it would be watching England play abroad in a major tournament. This came home to me when we were playing in Euro 2004. The first game was against France in Lisbon. It was a beautiful summer’s evening, the pitch was in perfect condition and the stadium was packed with England supporters. Sitting there with my wife with about half an hour to go to the kick-off, I thought to myself how lucky I was, knowing that back in England millions of supporters would have given their right arm to be in my seat. We lost that particular match but that didn’t worry me. It’s the occasion I like. I’m a realist and accept that if 32 teams are taking part in a tournament, then there are going to be 31 losers and England are most likely to be one of them. 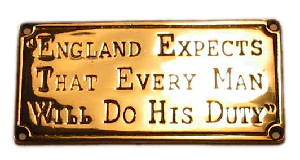 ME, FOOTBALL AND ENGLAND ⇒