Fifty years ago World Cup holders England went to Mexico to defend football’s greatest prize. Having negotiated the group stage – despite being undone by a Pele-inspired Brazil – they were ultimately knocked-out by West Germany in an agonising quarter-final.

Were you there? Do you know somebody who was? If so – we want the story!

‘DOWN MEXICO WAY!’ is an on-going web-book with the aim of gathering together the experiences of people who travelled to the 1970 World Cup tournament.

The site will be frequently updated with new stories and fresh memories from existing contributors. 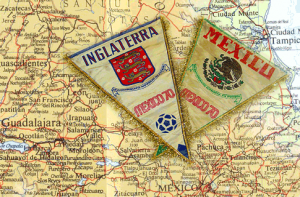